From Washington to Tel Aviv, Ballard Partners has the experience needed to develop and execute successful advocacy efforts on behalf of our clients.

Your Issue is Our Cause,
from Tel Aviv to Washington

As one of the top bipartisan lobbying firms in the United States, Ballard Partners brings its depth of knowledge in Washington to Tel Aviv. The Co-Managing Partners heading our Tel Aviv office have decades of experience in foreign and domestic policy and politics as well as international development. Our team is uniquely qualified to assist clients with government relations in Israel, as well as assisting Israeli companies in the United States. 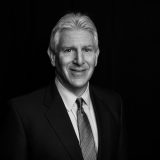 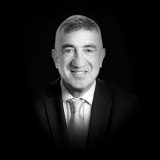 Oscar Chemerinski, based in Tel Aviv, is the Co-Managing Partner of our firm’s office in Israel. Prior to joining Ballard Partners, Chemerinski served as the Director of the Global Corporate Coverage Group for the International Finance Corporation, the private sector arm of the World Bank Group. He was responsible for developing, managing and expanding relationships with strategic clients across the globe. Prior to that he served as Director for Manufacturing, Agribusiness and Services for Latin America and Africa, and Global Director for Agribusiness, with overall responsibility for strategy, portfolio and investment operations.  Oscar also has extensive experience as an advisor to Boards, CEO’s, equity funds and investment banks on emerging markets, cross-border financing and economic development. Oscar is fluent in Spanish, English, Hebrew, Portuguese and French, and received his MBA in Finance and International Business from the University of Chicago Graduate School of Business.