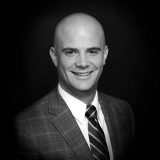 Jordan got his start in Louisiana politics during the 2014 election cycle. While working for The Republican Party of Louisiana, he served as a Regional Political Director, delivering countless wins in federal, state, and local elections. After a triumphant victory working with the Bill Cassidy for US Senate team, Jordan migrated to Jacksonville to serve as Campaign Coordinator for Lenny Curry in the 2015 Mayoral election. Serving as an aid to the candidate, as well as assisting with the campaign’s ground game operation, Jordan helped to secure victory in one of the most landmark elections in Jacksonville’s history.

Following the campaign, Jordan accepted the position of Director of Appointments in Mayor Lenny Curry’s administration. As director, Jordan was integral in the reshaping of the City’s Boards and Commissions, processing the appointments of Jacksonville’s most prestigious citizens and working with the City Council to achieve Mayor Curry’s vision. Shortly after his term as director, he was promoted within the administration to lead the Mayor’s Intergovernmental Affairs team, overseeing the City of Jacksonville’s legislative agenda at the local, state, and federal levels of government. In 2020, Mayor Curry named Jordan Chief of Staff for the City of Jacksonville. As Chief of Staff, Jordan led the administration through the surge of the COVID-19 Pandemic and secured successful passage of one of the largest infrastructure programs in city history. Jordan also spearheaded other policy and legislative victories for Mayor Curry including over a billion dollars of economic development projects.

Jordan received his Bachelor of Arts from Southeastern Louisiana University, he is an Eagle Scout, a member of the Theta Xi Fraternity, and serves on both the Executive Committee and Board of Directors for the Jacksonville Zoo and Gardens. In 2016, Jordan was named one of Florida Politics’ 30 under 30 Political Rising Stars. He and his wife Stephanie have three beautiful daughters, Kennedy Grace, Molly Marie, and Charlie Elizabeth.