The best way to handle a rapidly evolving news cycle is to understand where it heads next, prepare for challenges and seize the right opportunities to drive your message.

Your voice is our voice.

With 24/7 cable news, social media and media scrutiny of industry on the rise, a company or organization’s brand and public policy outcomes have never been more at risk. In this environment, businesses cannot rely on stale economic data or rote business language to explain their actions. They must persuasively make the case and fight for a desired outcome with a compelling narrative. The professionals at Ballard Media Group understand this climate, have navigated it successfully and can guide your organization through this new and unpredictable terrain. A customized, authentic and tested approach that frames your story on your terms will place you on the right side of a challenging media landscape.

Our core Strategic Communications capabilities include: Adam Goodman, one of the nation’s best-known media consultants, has been producing award-winning television, radio and strategic messaging for corporate, advocacy and candidate campaigns for four decades. Adam serves as a strategic communications consultant for Ballard Media Group’s clients domestically and abroad.

Adam, a frequent national TV commentator and widely-published columnist, was honored by being selected as the first Edward R. Murrow Fellow at Tufts University’s prestigious Fletcher School. He was also recently named, for the second time, as one of Florida’s “500 Most Influential Business Leaders” by Florida Trend. Dubbed a “media icon” by the Tampa Bay Times, Goodman has also worked with screen and television celebrities on behalf of issues and causes, from Robert De Niro and James Earl Jones to Katie Couric and Bob Barker.

Prior to joining the Ballard Media Group, Adam was President of The Victory Group, Inc. In that role, he created and produced media for corporate, institutional and academic clients including Hard Rock, The Walton Family Foundation, the National Football League, Mazda’s Road to Indy, Bacardi, PhRMA, the United States Chamber of Commerce, the University of South Florida, and the Florida Coalition Against Domestic Violence. In addition to his corporate media work, Adam worked on more than 200 winning federal, state and local races in 46 states. In Florida, his winning clients included five Senate Presidents, three House Speakers, eight Members of Congress, dozens of legislators, and several Florida Cabinet officials including former Florida Attorney General (and Ballard Partner) Pam Bondi. 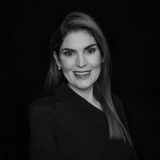 Ana Currently manages Ballard Partners’ Tampa Bay practice. She brings over 20 years of experience in lobbying, strategic communications, strategic partnerships, media relations, crisis management, grassroots coalition building and political consulting. During her career, Ana has represented a wide array of clients throughout Central Florida in both the private and public sectors and has successfully advocated for several high profile national and Florida-based clients in development, civil engineering and infrastructure, food and beverage and technology industries.

Prior to entering into the lobbying sector, Ana worked in the Florida House and U.S. Senate, served as the Executive Director of the Florida Democratic Party, served as Hillary Clinton’s 2008 and 2016 Florida campaign spokesperson and advisor, and has successfully run numerous judicial, local and state legislative races. She recently served on the DNC’s Convention Platform Committee as a representative for Joe Biden.

Ana was twice named Florida’s Top 100 Most Influential by Florida Politics Magazine, she serves on the Board of The Greater Tampa Bay Chamber of Commerce Board, the Athena Society, the 51st Superbowl Committee and is an active mentor to Hispanic Youth. She and her partner, Jane are Tampa natives and have two college aged children. They are avid art collectors and enjoy fishing, cooking, traveling and spending time with their family. As founder and president of a Tampa-based public affairs firm that he led for 15 years, Todd has helped Fortune 500 companies and trade associations successfully resolve governmental and regulatory challenges, particularly on issues affecting growth, transportation, economic development and water quality.

Todd formally held a senior level position with an international strategic communications firm and has advised many national, state and local Republican candidates. He served as the Florida West Coast Field Director for Jeb Bush’s successful 1998 gubernatorial campaign, Florida West Coast Field Director for Bob Dole’s 1996 presidential run, and as a legislative assistant within the Florida House of Representatives.