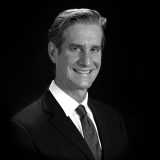 Ambassador Matthew Bryza was a Non-Resident Senior Fellow at the Atlantic Council’s Global Energy and Eurasia Centers and Board Member of the Jamestown Foundation, both located in Washington, DC. Ambassador Matthew Bryza was Director of the International Center for Defence and Security in Tallinn, Estonia, during 2012-2015, where he founded the Center’s energy security and cyber security programs.

Bryza resides in Istanbul, where he serves on the Board of Turcas, a publicly traded energy company in fuel distribution and power generation. He is also CEO of Lamor Turkey, a Turkish-Finnish joint venture in environmental solutions. Bryza was also the Co-Founder and CEO of IKAR Energy Group, and energy investment fund that seeks to help investors strike their individual balance between a high return and facilitating the global energy transition. And, he serves on the Board of Nobel Upstream, an oil exploration and production company based in London.

In 2012, Bryza completed a 23-year career as a U.S. diplomat, culminating as Ambassador to Azerbaijan. Earlier, he served as Deputy Assistant Secretary of State (2005-2009) and Director on the National Security Council Staff at the White House (2001-2005) for U.S. relations with Turkey, Cyprus, Greece, Central Asia, and the South Caucasus (including mediation of the region’s separatist conflicts).

He is the recipient of Estonia’s Cross of Terra Mariana and Georgia’s Order of St. George.

Ambassador Bryza received his bachelor’s degree in international relations from Stanford University and his master’s degree from the Fletcher School of Law and Diplomacy.