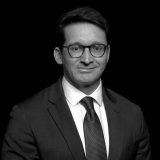 Dane Eagle established himself as a fixture in Florida politics at a relatively young age and boasts nearly two decades of extensive experience in the executive and legislative branches.

Prior to joining Ballard Partners, Dane was appointed by Governor Ron DeSantis to serve as Florida’s Secretary of Economic Opportunity, where he assisted the Governor in advancing Florida’s economy by championing the state’s economic development vision and by administering state and federal programs and initiatives to help citizens, businesses, communities, and visitors thrive.

Previously, Dane represented parts of Southwest Florida in the Florida House of Representatives from 2012 to 2020 and rose to the rank of Majority Leader, where he was responsible for leading the Republican Caucus and ushering legislation to the Governor’s desk. Dane focused on supporting Florida’s families and small businesses by reducing taxes and regulations to further establish Florida’s business-friendly environment and further diversify Florida’s economy. During his tenure in the House, Dane also served as the Majority Whip and the Chairman of the Energy and Utilities Subcommittee.

Before being elected to the Florida House of Representatives, Dane served as Deputy Chief of Staff in the Executive Office of the Governor from 2008 to 2009 and as Chief Special Assistant to the Governor from 2007 to 2008. He has also worked on several statewide campaigns.

In the private sector, Dane has over two decade’s experience in real estate, most recently as a commercial real estate broker providing investment strategy, consulting, and sales and leasing services in the Southwest Florida market. Dane was born and raised in Southwest Florida and earned his bachelor’s degree in Economics with a minor in Business Administration at the University of Florida.