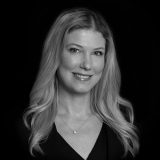 Courtney has worked in politics at the federal, state and local level for 15 years. Recognized as Florida’s top democratic fundraiser, she has extensive experience working with Democratic Party leaders and elected officials from Miami to Washington.

Courtney was a consultant for Priorities USA Action, the super PAC supporting President-Elect Joe Biden. She also worked for Hillary Clinton’s 2008 presidential campaign as Clinton’s Deputy finance director for Florida. Courtney served the Democratic National Committee as finance consultant in 2014-2016, raising funds for the Democratic National Committee from Florida donors through events with President Obama, Secretary Clinton, and Vice President Biden. She has also served as the Finance Director for a number of Democratic candidates, including Debbie Wasserman Schultz from 2011 – 2017.

Courtney moved from Illinois to Miami to attend the University of Miami, graduating in 2005. She lives in Miami with her husband and their one-year-old son.