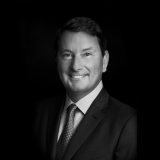 Named as a member of Vanity Fair’s “New Establishment for 2019” and among the 18 to watch in 2018 by Politico Playbook Power List, Brian has earned a reputation as a tireless, persistent and effective advocate for his clients’ interests. His accomplishments have spanned over 25 years and includes legislative successes on hundreds of policy and funding initiatives in Florida.

Brian has taken his passion for politics and policy to the national scene, opening up Ballard Partners’ Washington, DC office in February 2017. He is spearheading the firm’s efforts with a first class government relations team who represent clients across the federal landscape and impacting a myriad of domestic and foreign affairs issues.

Brian’s political portfolio includes significant roles in presidential campaigns including the historic election of President Donald J. Trump. He was an integral player in the President’s successful Florida campaign serving as Chairman of Trump Victory and leading the campaign’s finance efforts in Florida. Brian also had the honor of serving a as a member of the Electoral College casting his vote for President Trump. The President-elect appointed Brian to serve as Vice Chairman of the Inaugural Committee and as a member of the Presidential Transition Finance Committee. Recognizing his formidable fundraising and political skills, the Republican National Committee has tapped Brian to serve as the Finance Vice Chair to help build resources for key national races.

As one of the top political insiders in Florida, Brian has worked on several presidential and gubernatorial campaigns during his career. He chaired the Florida Finance Committee of Republican nominees John McCain in 2008 and Mitt Romney in 2012. Brian and his wife Kathryn were selected by three Florida Governors to plan and execute their inaugural ceremony and events, serving as Co-Chairs of the inauguration for Governor Ron DeSantis, Governor Rick Scott and Governor Charlie Crist.

Among his important public service experience, Brian was appointed by the U.S. Secretary of Commerce to the U.S. and Foreign Commercial Service Advisory Council. He also directed the transition and assisted in the U.S. Senate confirmation of Governor Bob Martinez as the Director of the Office of National Drug Control Policy (Drug Czar) in the Executive Office of the President.

As chief of staff in the Executive Office of the Governor, Brian developed a special interest in environmental issues. Among his accomplishments, he served as chief architect of Preservation 2000, the largest public acquisition program for environmentally sensitive lands in the nation. He also served as Florida’s chief negotiator with the U.S. Department of the Interior to end offshore drilling along the state’s southeast coastline and the Florida Keys. The American Lawyer magazine rated Brian as one of America’s top rated lawyers in the field of Energy, Environmental and Natural Resources law.

Committed to community service, Brian has been a member of the Council of 100, the Collins Center for Public Policy, Florida Governor’s Mansion Foundation, and the City of Tallahassee Architectural Review Board. He has received Florida’s highest award for historic preservation recognizing his efforts involving preservation of historic buildings. In 2016, Brian and Kathyrn were inducted into Florida State University’s Francis Eppes Society for their philanthropic support to the University.

Before establishing Ballard Partners, Brian served as managing shareholder for Bryant Miller Olive P.A. He currently serves as counsel to Panza, Maurer & Maynard, P.A. He received both his Bachelor of Science degree in Business Administration and his Juris Doctorate from the University of Florida, where he was later inducted into the University’s Hall of Fame.