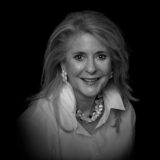 Amy joined Ballard Partners in September, 2000 and is the Managing Partner of the West Palm Beach office. Amy began her career as a legislative intern in Governor Bob Graham’s office. She subsequently served as a legislative aide for The House Republican leader as well as an aide to the first Hispanic legislator elected in Florida. She later joined the private sector as political affairs coordinator for one of the largest trade associations in the state of Florida. Two years later, she was recruited to join a national law firm.

Young has been recognized as an Outstanding Young Woman of America, member of the National Honorary Tutor Society and Strathmore’s who’s who in America. She has been awarded numerous honors from her clients and was voted one of the top five female lobbyists in Florida by her colleagues.

Young served a two year term as the governmental affairs chairman for the Florida Society of Association Executives and has also served on the board of the Florida Network of Youth and Family Services, Armory Arts Center Operation Art, The Governor’s Council on Physical Fitness and currently serves as a member Emeritus on the Arc of Palm Beach Board of Directors, Board of Directors for the Potentia Academy of Palm Beach and is a member of the Bizpac Executive Committee and a Bizpac Trustee.