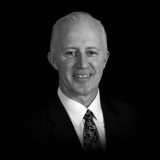 Eugene O’Flaherty was appointed to the role of Corporation Counsel for the City of Boston in January 2014. In his role as Corporation Counsel, Eugene was the chief legal officer for former Boston Mayor Martin Walsh, President Biden’s newly confirmed Secretary of Labor. Eugene served as a senior cabinet advisor to the Mayor of Boston and was responsible for providing high-quality and effective legal advice and representation on all legal matters involving the Mayor, Boston City Council, all City Departments and Boards & Commissions. In that role he managed an office of 60 Attorneys, paralegals and administrative staff. As a cabinet member, Eugene was also part of a mayoral administration whose work has resulted in the largest growth of development in Boston’s recent history.

Prior to his appointment, Eugene served in the Massachusetts House of Representatives for seventeen years and has been practicing law since 1994. Elected to the Massachusetts Legislature in 1996, O’Flaherty served on the Education Committee and as Vice-Chairman of the Banks and Banking Committee before being appointed to serve as the Chair of the House Judiciary Committee in 2002.

During his twelve-year tenure at the helm of the Judiciary Committee, Eugene was responsible for the drafting, review and implementation of the largest number of legislative proposals before the Massachusetts Legislature. He was the chief architect of the overhaul of impaired driving statutes, court reorganization legislation, stronger sex offender statutes, tougher penalties for violent habitual offenders, CORI reform and human trafficking.  Eugene also repeatedly defeated attempts to reinstate the death penalty in the Commonwealth of Massachusetts.

In addition to his legislative duties, Eugene served as a member of the House Leadership Team for more than a decade and under three successive Speakers of the House and played a pivotal role in advising, advocating for and polling the 160-member House on a wide variety of legislative issues involving economic development, education, health care, gaming, and revenue.

Eugene oversaw the legislation and led the discussions required for the implementation of the Goodridge decision, which legalized gay marriage, making Massachusetts the first state in the United States of America to do so and served as the House of Representative’s lead negotiator on a number of complex and high-profile conference committee negotiations with the Senate and Executive Branch.

Eugene spearheaded the sister city agreement between Boston and Belfast, Northern Ireland which results in annual exchanges and visits by elected officials and members of the business community and organized the Friendship Four Hockey Tournament that annually brings four American university teams to compete in Belfast for the BelPot Trophy during the Thanksgiving holiday. The tournament has been acknowledged as crucial in continuing initiatives to support the peace process there.

Eugene is the youngest of five boys and the only member of his immediate family born in the United States. Eugene lives in Boston with his wife Patricia and their large extended families. Eugene is most proud of being a loving Uncle to his many nieces and nephews.