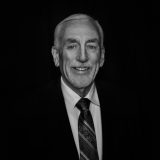 Don Payton brings nearly 40 years of experience in the public policy arena, primarily focused in the education field. Don’s expertise in all areas of education policy and appropriations is of significant benefit to Ballard Partners’ education clients. Since 2003, he has garnered more than $200 million in operational and facility funding for his clients.

Payton was director of governmental relations at Seminole State College for nearly 12 years before retiring in December 2014. In that role, Payton developed and oversaw the implementation of the college’s governmental relations program at the local, state and federal levels. During his time at Seminole State College, Payton obtained funding for the construction of two new campuses and significant renovations to other facilities. He cultivated strong relationships with key legislators in the budget process and secured increases in state operating funding.

Don is the recipient of the national Edwin Crawford Award for Innovation in lobbying at the state level. He is also the recipient of several awards from the Association of Florida Colleges. He has chaired the Association’s Legislative Committee and served on its Board of Directors. Additionally, Don has served as a member of the Council of Local Governments of Seminole County, Envision Seminole’s Public Policy Committee and Leadership Seminole’s Executive Committee.

Don received his Bachelor of Science degree from Illinois State University and earned his Master of Arts degree in Political Studies from the University of Illinois. He has taught state government as an Adjunct Instructor of Political Studies at the University of Illinois. He has also trained new lobbyists and made numerous presentations at various lobbying and educational policy seminars. Don assisted with the editing of “Lobbying Illinois: How You Can Make a Difference in Public Policy,” and is a member of the Pi Sigma Alpha National Political Science Honor Society.

Don and his wife Chris have five grown children and live in Oviedo.