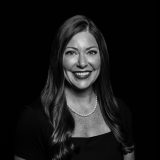 Christy Daly Brodeur has two decades of experience working with the Florida Legislature and Executive Branch on public policy for children and families.  Most recently she served as Secretary of the Department of Juvenile Justice where she played an integral role in the development and implementation of data-driven reform in the largest, most comprehensive, juvenile justice system in the country.  The success of Florida’s reforms is evidenced by the dramatic drop in all major categories of crime during her tenure, leading to the lowest level of juvenile delinquency in more than 40 years. She has also contributed to the national movement of juvenile justice reform and is seen as a national leader in her field.

Christy is a passionate advocate for children and families and a known collaborator.  She has successfully partnered with many stakeholder groups, such as law enforcement, the judiciary, and child welfare and is known to manage challenging issues and competing priorities.

Prior to becoming Secretary, Christy held numerous leadership positions at the Florida Department of Juvenile Justice and the Florida Network of Youth and Family Services.   She has worked nationally with the Center for Juvenile Justice Reform at Georgetown University, the Annie E. Casey Foundation and the Council of Juvenile Correctional Administrators.

Christy currently serves on the board of directors at Inspire of Central Florida, a non-profit organization that provides employment opportunities and life skills training for adults with developmental disabilities.