Ballard Partners brings decades of public policy, advocacy and governmental affairs expertise to the Golden State. In addition to our local expertise, our firm’s reach in Washington DC, Florida, Boston, Tel Aviv, and Istanbul allows us to expand opportunities for LA-based corporations and organizations.

The Hon. Joe Buscaino is the former President Pro Tempore of the Los Angeles City Council. He has represented the Council’s 15th District which includes the communities of Harbor City, Harbor Gateway, San Pedro, Watts, and Wilmington as well as the Port of Los Angeles from 2012-2022. Councilmember Buscaino served as the Chair of the City’s Trade, Travel and Tourism Committee from 2017-2022.

The committee oversaw the Port of Los Angeles – the busiest container port in the United States; LAX – the second busiest airport in the United States; and the LA Tourism and Convention Board. Councilmember Buscaino also served as Vice-Chair of the Rules, Elections, and Intergovernmental Relations Committee and as a member of the Public Safety Committee, Transportation Committee and Homelessness & Poverty Committee. He helped secure the 2028 Olympic & Paralympic Games for the City of Los Angeles as a member of the Ad Hoc Committee on the 2028 Olympics and Paralympic Games.

In 2019, Councilmember Buscaino was elected as President of the National League of Cities (NLC) which represents more than 2,000 cities, towns, and villages across the country and is the country’s largest municipal advocacy organization. Since November 2020, he has served as NLC’s Past President. During his tenure as president of the NLC, Joe was instrumental in advancing billions of federal COVID relief dollars to cities, towns and villages throughout the country.

Councilmember Buscaino served as the Mayor’s appointment on the board for the South Coast Air Quality Management District from 2013-2022 where as chair of the Technology Committee approved over $1B of clean technologies throughout the District. He also served as a board member for the Los Angeles County Sanitation Districts, Alameda Corridor Transportation Authority, and currently sits on the Sister Cities International Board of Directors. He was a past member of the Democratic National Committee and served as president of the National Democratic Municipal Officials organization. Valuing the role cities play in the state of California, Joe served as a board member for the League of California Cities from 2013-2022.

He has previously served on the Board of Directors of the Boys and Girls Clubs of the LA Harbor Area, the San Pedro YWCA’s Racial Justice Committee, and the Advisory Council for the Los Angeles Watts Summer Games and is active with Mary Star of the Sea Catholic Church and various Italian-American organizations. Joe and his wife, Geralyn, an educator with the Los Angeles Unified School District, are proud parents of two children. 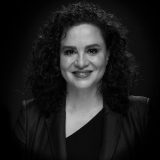 Bruget has been a government relations professional and union organizer in Los Angeles for more than 20 years.

For the past seven years, she has served as the Director of Government Affairs at the largest independently owned waste and recycling company in Los Angeles County. In that role, she led the firm’s public policy, community affairs, elected official partnerships and Political Action Committee.

Bruget previously served for eleven years at prominent lobbying firm Berghoff & Associates, and as a union organizer with the Association of Los Angeles Deputy Sheriffs for two years. 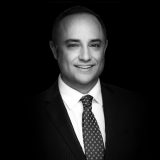 Ziven, the firm’s Senior Advisor in Los Angeles, is an attorney at Sanders Roberts LLP. His practice focuses on all aspects of business litigation, and his clients include Fortune 100 companies, high-profile entertainers and public figures.

He also advises musicians, writers, actors and directors on entertainment transactions. Prior to joining Sanders Roberts, Ziven served as Director of Business Development at Mills Entertainment, a division of Creative Artists Agency.

While at Mills, Ziven negotiated multiple Licensing and Touring Agreements with the largest entertainment companies and globally recognized talent, including Sony Pictures Entertainment and Otter Media. He launched his career as a member of the Summa Group at Oppenheimer & Co., a full-service investment bank. 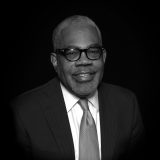 Tola is a seasoned governmental relations professional with over 18 years of experience at the state and federal levels.  A 14-year veteran of Capitol Hill, Tola most recently served as Chief of Staff to U.S. Rep. Al Lawson, a member of the House Financial Services Committee.

Over the years, Tola has developed relationships with key members of Leadership and members of the Congressional Black Caucus and the New Democrat Coalition.  In addition to his service with Rep. Lawson, Thompson also worked for ten years with former US Rep. Carrie Meek, a senior member of the House Appropriations Committee, where he managed a broad legislative portfolio that included telecommunications, education, labor, health, and agricultural appropriations.

Tola previously served as Assistant Vice President and Director of Governmental Relations at Florida A&M University where he worked across almost every facet of government to develop and ensure execution of the university’s legislative agenda. He has also worked to successfully pass new legislation to provide high quality educational options for low-income K-12 students in Pennsylvania, Ohio, Louisiana, and Florida.  He received his bachelor’s in journalism from Florida A & M University.

Cerra has built a national profile as a K-12 educator with a career that spans teaching, school-site administration as well as serving as chief lobbyist, chief negotiator in school district labor relations. In his role as the former deputy superintendent for Miami-Dade County Public Schools, he served alongside the current Los Angeles Unified School District superintendent Alberto Carvalho.

His experience also includes city, county, state and federal government relations, as well as strategic planning and policy development. For the past 26 years, he has been president of the educational consulting firm Florida School Services, Inc.

His clients have included school districts, benefits providers, school design and construction and publishing and technology companies as well as an educational foundation.